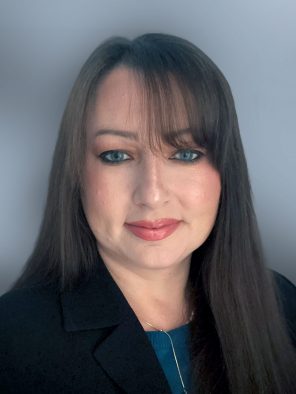 Jennifer Wilson is an experienced patent agent who focuses on the representation of high technology clients in connection with patent prosecution in the electric and mechanical fields. She prosecutes domestic and international patent applications in a range of technologies including computer/business methods, semiconductors, computer architecture, wireless technologies, complex financial instruments/systems, and credit/debit card processing products.

Early in her career, Jennifer served as a patent examiner for the United States Patent and Trademark Office within its electrical division. As an examiner, Jennifer reviewed U.S. and international patent applications in a wide range of technologies, including transformers, capacitors, inductors, converters, integrated circuits, semiconductors, electrical switches, and ignition coils.

Jennifer earned a B.S., cum laude, in Theoretical Physics from Edinboro University of Pennsylvania. While earning her undergraduate degree, she conducted research in the Astronomy and Astrophysics Laboratory at the Pennsylvania State University, where she assisted in the development of a double pendulum for gravitation wave detectors for the Laser Interferometer Gravitational-Wave Observatory (LIGO) project. Jennifer has also conducted research in the areas of fluid dynamics at Ohio State University where she focused on yield stress transition in gas fluidized sand.  She has been recognized in IP Toolworks’ blog “Celebrating Excellence: Women Patent Prosecutors with Remarkable Track Records in 101” for her exceptional record in overcoming 101 (patent in-eligibility) rejections.